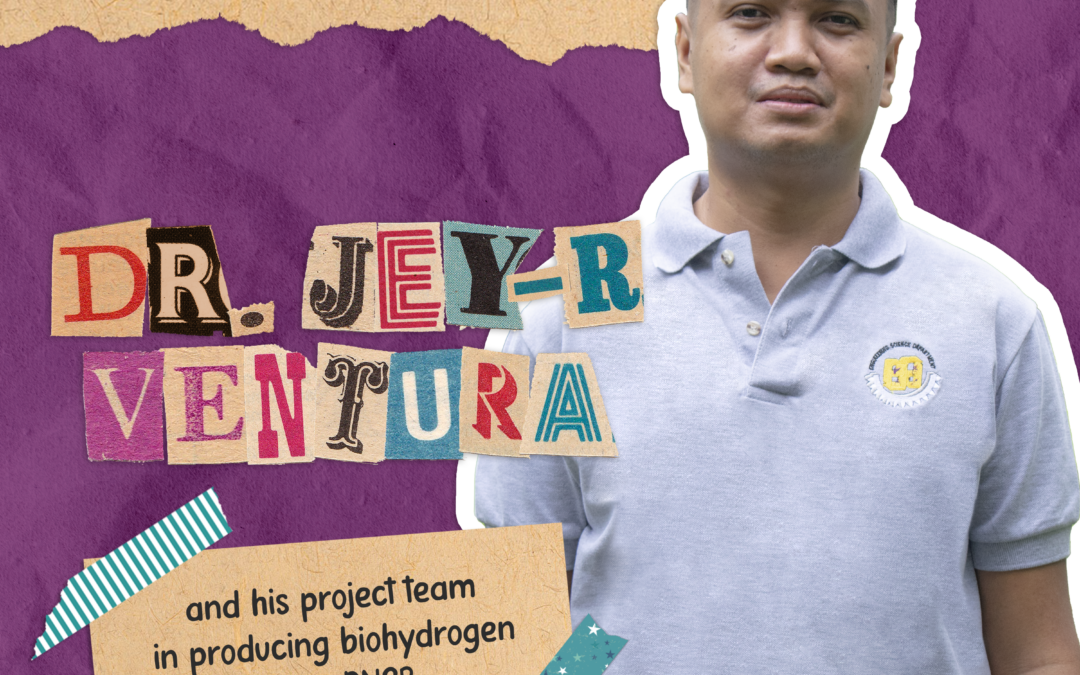 Our very own Dr. Jey-R S. Ventura, and his team, are currently working on biohydrogen-production improvement of locally-isolated purple non-sulfur bacteria (PNSB). They are looking at PNSB as an alternative source of hydrogen gas that is used as fuel and as raw material in petroleum refinery, fertilizer production, food processing, etc. Biohydrogen is produced through photofermentation such that, in the presence of light, the organic substrates are converted into biohydrogen using photosynthetic bacteria. The research project has started since 01 August 2021.

The project is continuing the initial investigation on the isolation and characterization of photo-fermenting bacteria for biohydrogen production using PNSB. Part of their research is to further understand the metabolic pathway of PNSB to produce hydrogen gas so that they can fully utilize the isolated strains for biohydrogen production. They will also enhance the ability and efficiency of the strains to produce biohydrogen (from substrates) by investigating the physiological conditions affecting the biohydrogen production, establishing design parameters (i.e., immobilization of the bacteria and photobioreactor design), and even performing genetic modification. Hence, they will create and will utilize a robust strain with high biohydrogen-producing ability and process productivity using organic waste substrates.